The Human Being – A Miracle of Development

An unjustly forgotten plea for humanity

The front cover of the book “Entwicklungswunder Mensch” (The Human Being – A Miracle of Development) by Hans-Dieter Schmidt and Evelyn Richter (1980) shows in A4 format the photo of a mother’s tender hand, around whose little finger clenches the little fist of her a few months old beloved child. No font disrupts the image. The peculiar meaning, inherent in coarse-grained black-and-white photos, directly affects the reader’s soul. Could there be a more beautiful symbol for the essentially human which is shown in this photo? A child and his mother, me and you. The primal scene of human life: the motherly love life begins with. The eternal in mankind’s history: “A new light is lit, a star that will perhaps burn in an unusually beautiful way ... A new being ... kisses the earth ...” (p. 5).

The beginning of human life is the mother and her love: “Becoming a self from encountering the other” (p. 86).

What has been emphasized already for a long time by the European pedagogy (Comenius, Erasmus, Rousseau, Pestalozzi, Herder, Schiller, Goethe and many others) and the personal schools of psychology (individual psychology, ego psychology, neo-analytic schools , modern developmental psychology, social learning theory, personal anthropology and others): at the beginning of life is the relational interaction between mother and child, not a drive or an instinct or a program, but the interpersonal “Me and You”. And from the loving encounter of the newborn with the maternal You, the self of the child grows: From You to Me.

While in the Federal Republic of Germany a tsunami of Frankfurt school, anti-pedagogy, “antiauthoritarian education”, cybernetics, constructivism and the like, is covering the intellectual elites, the colleges, the educational institutions with cold varnish, under which the family as primal ground of the living incarnation begins to dissolve, the people in the German Democratic Republic GDR adhered to the family. This is the peculiar thing experienced by everyone who in an unbiased manner converses with people from the former GDR: While the family was dissolved in the West, it survived in the East.

A co-founder of the “New Forum” and 1990 minister in the Modrow government, once asked me to explain to him what this nonsense of the 68s really is. “The pseudo-intellectual shouting of this Dutschke has always disgusted me,” he said. And that it was unconceivable to him why Western children of prosperity wanted to abandon family and education in favor of an anti-authoritarian education. When I tried to explain that in the wake of the Frankfurt School the family had been defamed as the “socializing agent of capitalism” and of the “authoritarian character”, he looked at me with great eyes and said, “That is crazy!” When I tried to make him understand that the 68s flirted with the theories that every authority was bad, he only shook his head. And when I tried to explain to him that many 68s were possessed by the idea that the child according to Freud, was “polymorphic-perverse” at birth and that the mother was his first “object of drive,” it was over. Rightly.

Hans-Dieter Schmidt and Evelyn Richter’s book “Entwicklungswunder Mensch” is a wonderful testimony for the intellectual’s and the GDR citizen’s immunity for Western anti-pedagogical and anti-familiar ideologies, people of former GDR are still today imbued with.

While, for example, under US-American influence West German intellectuals denaturise man as impulse or instinct or stimulus-reaction being, we read in „ Entwicklungswunder Mensch“ the following surprising, since almost non-marxist theorems of Karl Marx from 1867: “A spider performs operations similar to those of the weaver, and a bee ashames some human architect through the construction of her wax cell. But what from the very beginning distinguishes the worst builder from the best bee is that he has built the cell in his head before building it in wax. [...] In the natural, he at the same time also realizes his purpose, which he is aware of, that determines the nature and manner of his action as a law, and to which he must subordinate his will (…). Besides the exertion of the organs that work, the purposeful will, which is expressed as attention, is commanded for the entire duration of labor (…).” (p. 184) 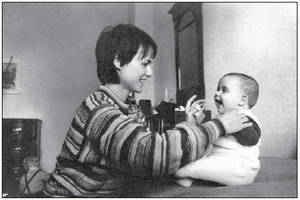 The agreeable of this book is its unshakable attachment to what man is by nature: a being by nature living in a family that can only develop to a fellow human being in and through the love of father and mother. The parents as natural authorities and role models are the leading guardians of the child’s social abilities. Through observation and identification with the parents “observation learning from the authority of the educators” is taking palce. “All educators are consciously or unconsciously striving to ensure this authority by various means. Makarenko has dealt intensively with this question. He criticizes false methods of securing authority: suppression of the child and misuse of power, boastful piety and petty pedantry, preaching morality, pampering and enchanting love and kindness, matey ‘friendship’, bribe through gifts and promises. These wrong means he counters with those, that are in his view the right ones. He advises the parents:

‘The most important basis of parental authority can only be life and the work of parents, their face as citizens, their behavior [...]. They have to live this life honestly and really, and do not have to make an effort to specially perform it to their children.’ [...]
Makarenko’s pleading exposes the unbiased lived authority of the honest, open, critical, industrious, community-bound fellow-educator. It brands every form of borrowed, inflated, artificially created authority.

Such natural authority lessens the burden of educational responsibility. At the same time, it creates conditions for feeling the pleasure of responsibility, and to draw strength from it, in order to willingly or even joyfully take on the seriousness, the burden of the educational work. The reward doesn’t fail to appear. The natural miracle of the child’s development flourishes before the educator’s eyes. He can take pleasure in it, can study it, he can be proud of having contribueted to its taking place and its result – the active, consciously acting and socially competent childlike personality.” (p. 246)

With these words the book ends. These are sentences, which could originate from the works of personal psychologists and pedagogues, that have been slowly pushed aside into oblivion after the 1980s. Or what is to be seen in the following sentences of the book: “Thus, from birth the infant is a social being. It is in need of human partnership and interpersonal exchange and biologically it is equipped for it. [...] The smile is the first form of greeting the child hasat his disposal! It expresses needs and abilities of social communication. [...] Smiling and laughing affect the partner. He cannot do otherwise, but be accessible, friendly, and easy to make contact.” (p. 86f.)

But they are also thought provoking, warning phrases: Perhaps once in a while, we should better listen to the people of the former GDR, and should less quickly smilingly emphasize that we come from a democratic country.
In any case, this book is an unjustly forgotten plea of humanity, of family, and the natural authority of father and mother as eternal value.

To repeat this, because it is as important: Observation and identification with the beloved parents means that “observation learning from the authority of the educators” takes place, at all times, in all places, in all cultures. To dissolve this into a howsoever “new” world of a “transhuman” human being is a crime against the eternal natural right of the child to education by the first fellow beings of every man: father and mother.     • 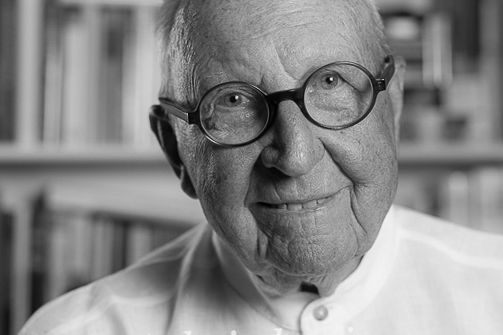